What goes and what stays?

The overlook deck at Harbert Park has been cleaned and repaired, and we’re ready to start preparing the site around it for planting this fall. What will we do when volunteers arrive tomorrow morning? In a setting like this, some things are obvious. We’ll have to open up the chainlink fence so we can get to the buckthorn we want to clear. The fence was installed by the City of Evanston some years ago after someone drowned, and it’s a permanent feature we have to work around. With the help of volunteers from Friends of the Chicago River, we’ll also clean up the accumulated trash; at Harbert Park, that’s mostly liquor bottles.

Then the question is: what exactly do we remove and what do we leave? We want to open up a view over the channel for watching birds, but a busy stretch of McCormick Boulevard is on the other side, so we’ll try for a line of sight a little off to the left. A big cottonwood tree near the water’s edge there should serve as a focal point—once some of the grapevines are removed. Grape is native and a good source of food for birds, but it is very aggressive and has to be managed, and right now it blocks the view of the tree. We’ll have to decide whether to leave some that’s growing on the fence and providing an attractive green screen, or try to replace it with less aggressive native vines like Virginia creeper. There’s a large dead tree in a prominent location that woodpeckers would use, but it’s safer to remove it, and there are other dead trees nearby that will serve as snags. A lot of what we see as we look over the fence is buckthorn, and some of the bigger buckthorn trees are covered with ripe berries. We’ll concentrate on removing those at least part way down to the water’s edge. There also are some ashes resprouting from stumps where trees infested with emerald ash borer were removed. We’ll cut down some of those, but may leave some as shrubby undergrowth. Some young elms will also stay. There are non-native weeds like stickseed we may have time to take out if we have time. We’ll have the help of some experienced invasive-clearers who will help make other decisions as we work tomorrow.

A perfect day for buckthorn cutting

Clearing invasives in the Ladd Arboretum 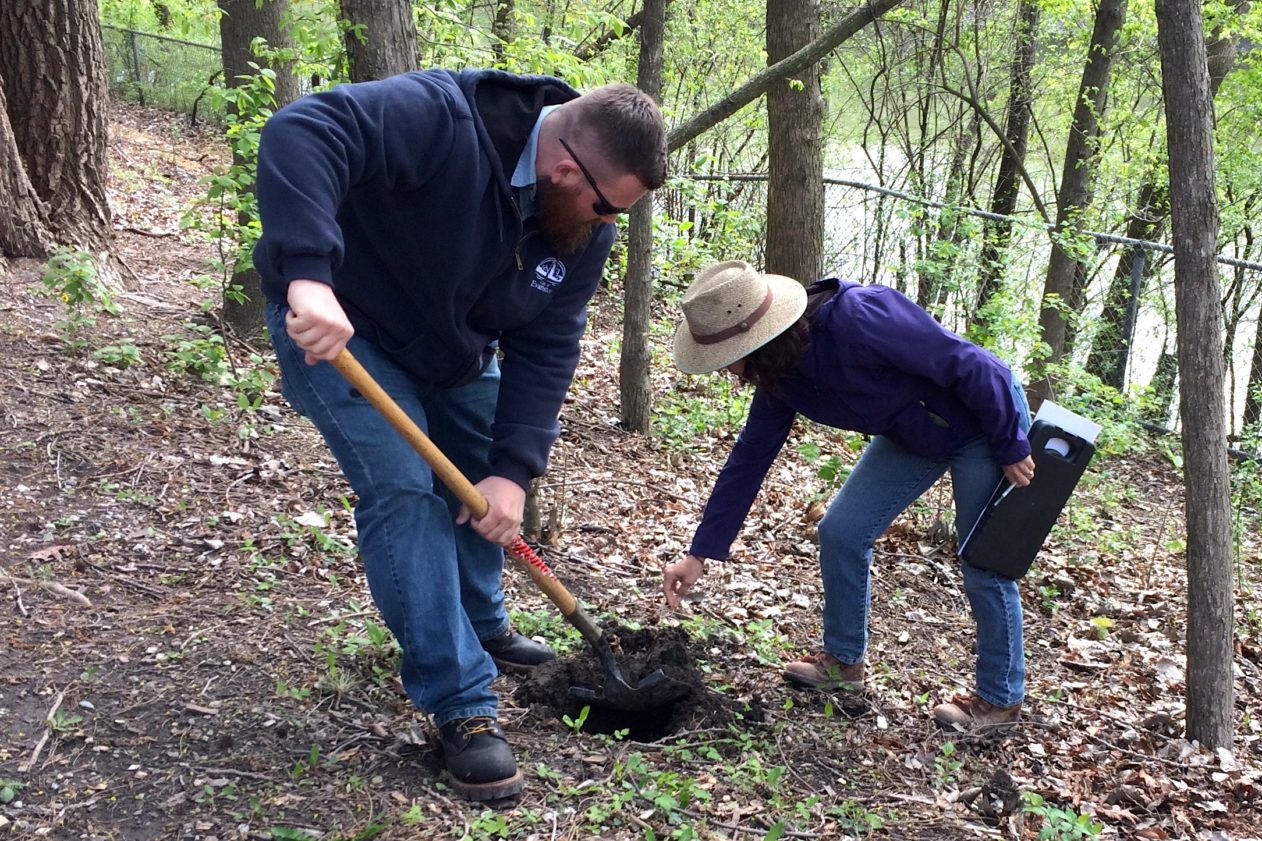 Getting to know the site