Working our way along the channel banks 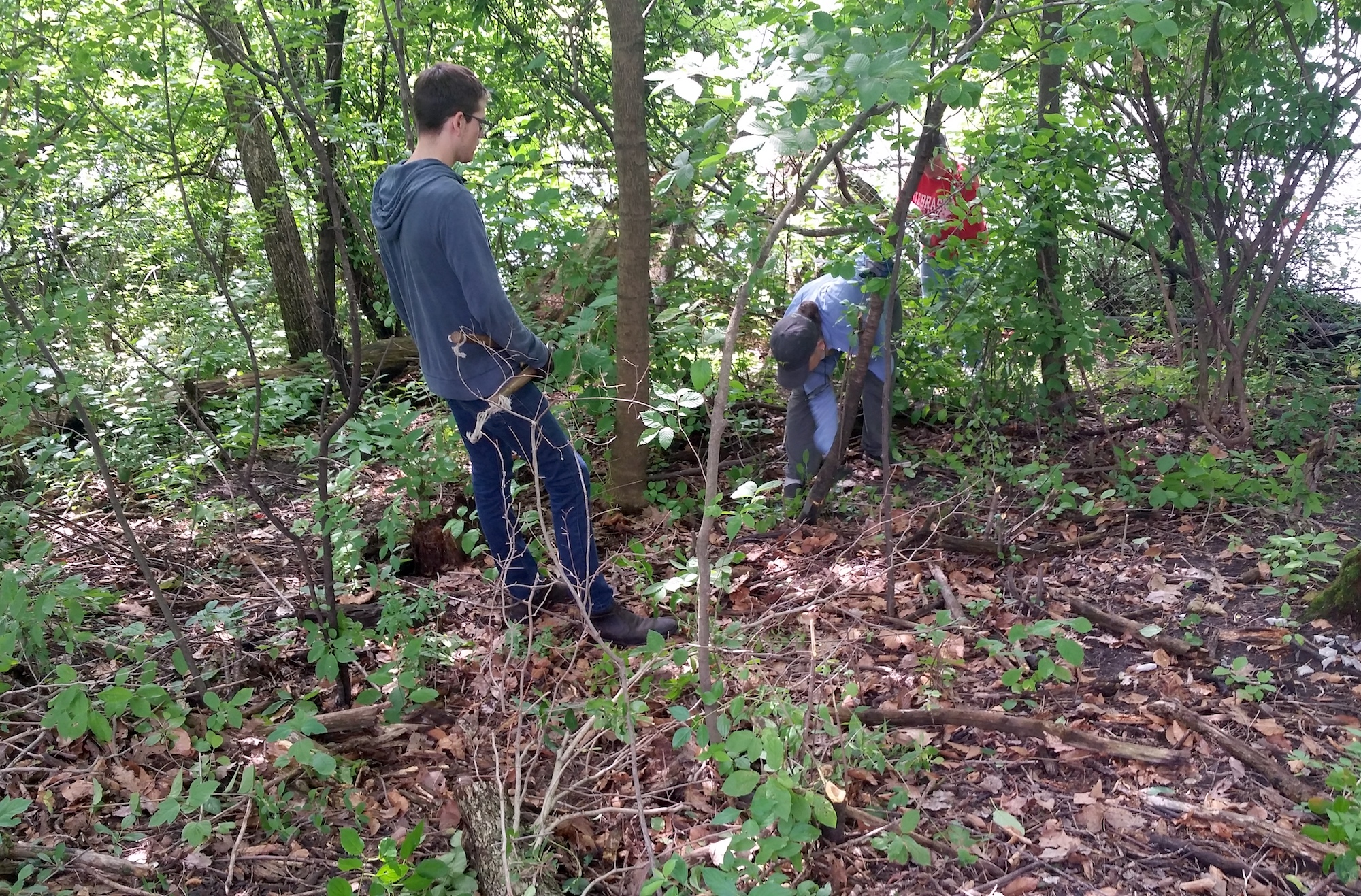 Buckthorn and honeysuckle clearing continued yesterday along the banks of the North Shore Channel. Volunteers worked with a city crew in a section northeast of the Ecology Center. We’ve been using hand tools so far, but the city’s forestry crew will remove larger trees later in July. Most of the trees coming out will be dead or diseased elms and ashes, as well as Norway maples that have taken over large sections of the bank. Removing them will make room and open up more sun to allow for planting of diverse native vegetation later in the year. (In the photo, by Jerry Herst, intern Vince Ziols, from the University of Illinois Chicago, works with Wendy Pollock.) 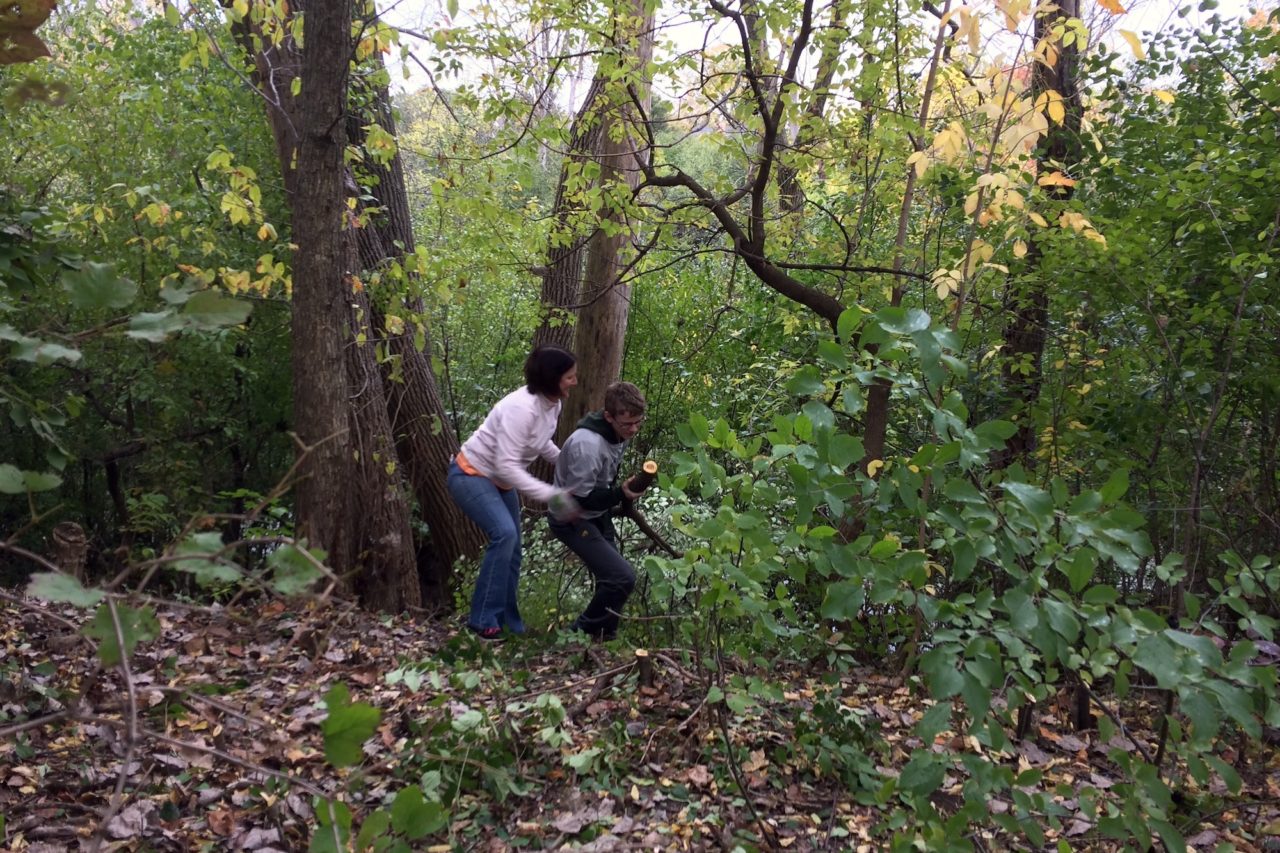 Back to the buckthorn 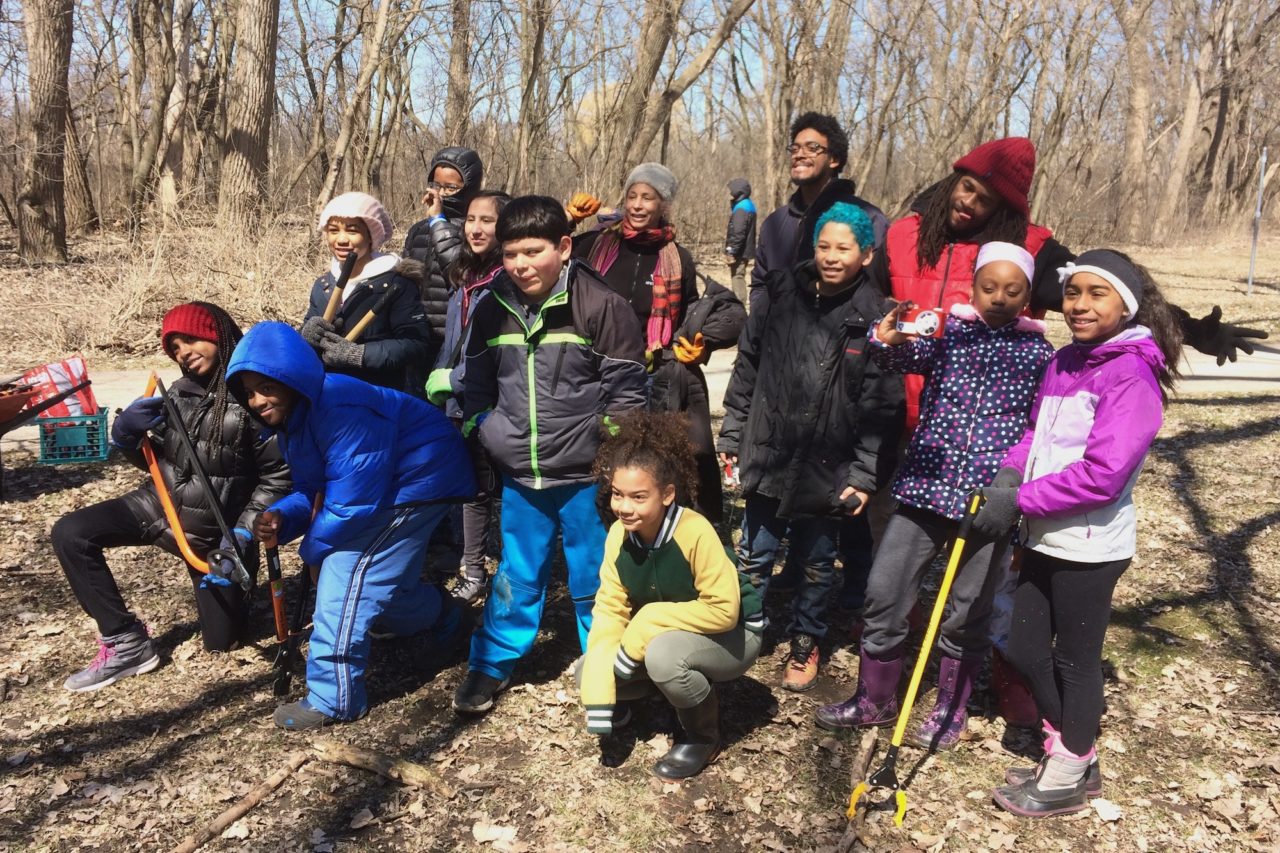 A beautiful day for buckthorn cutting 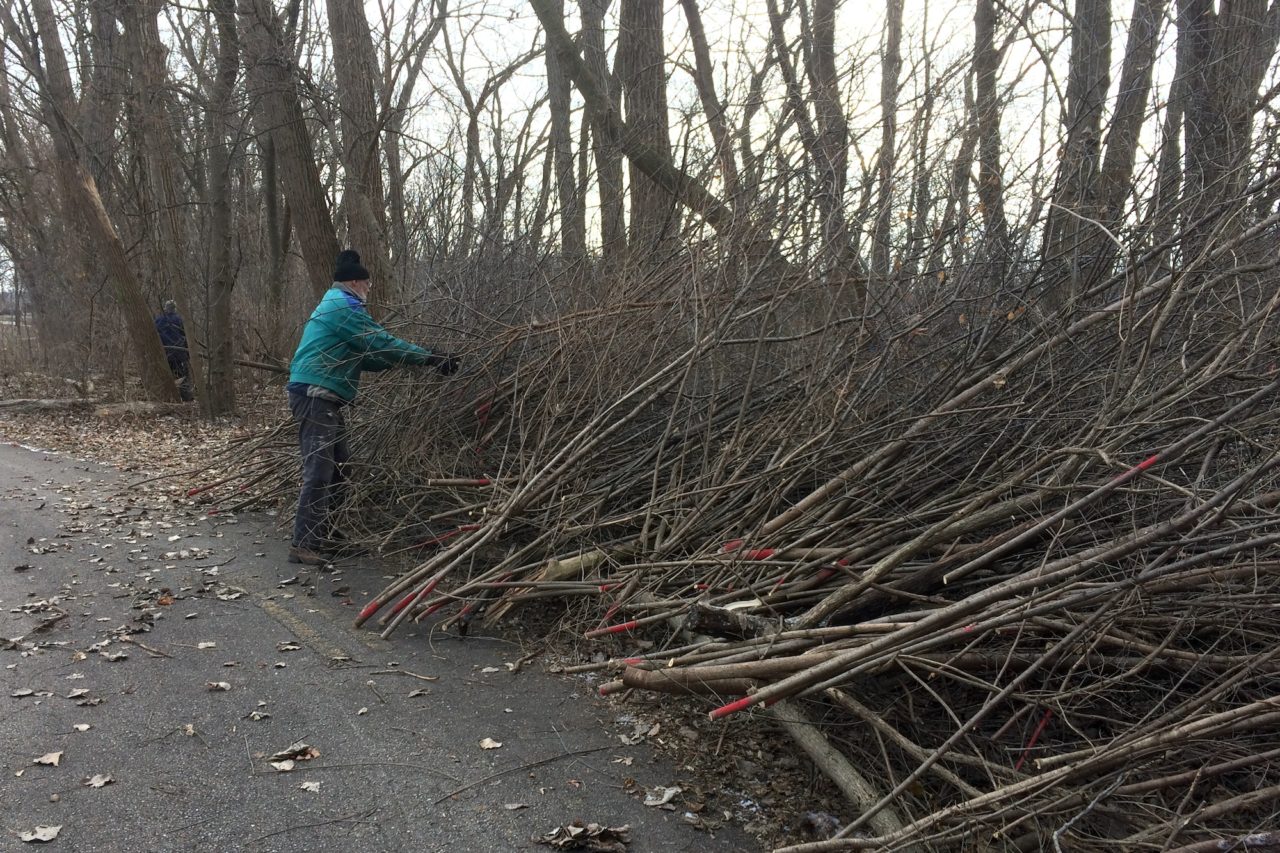 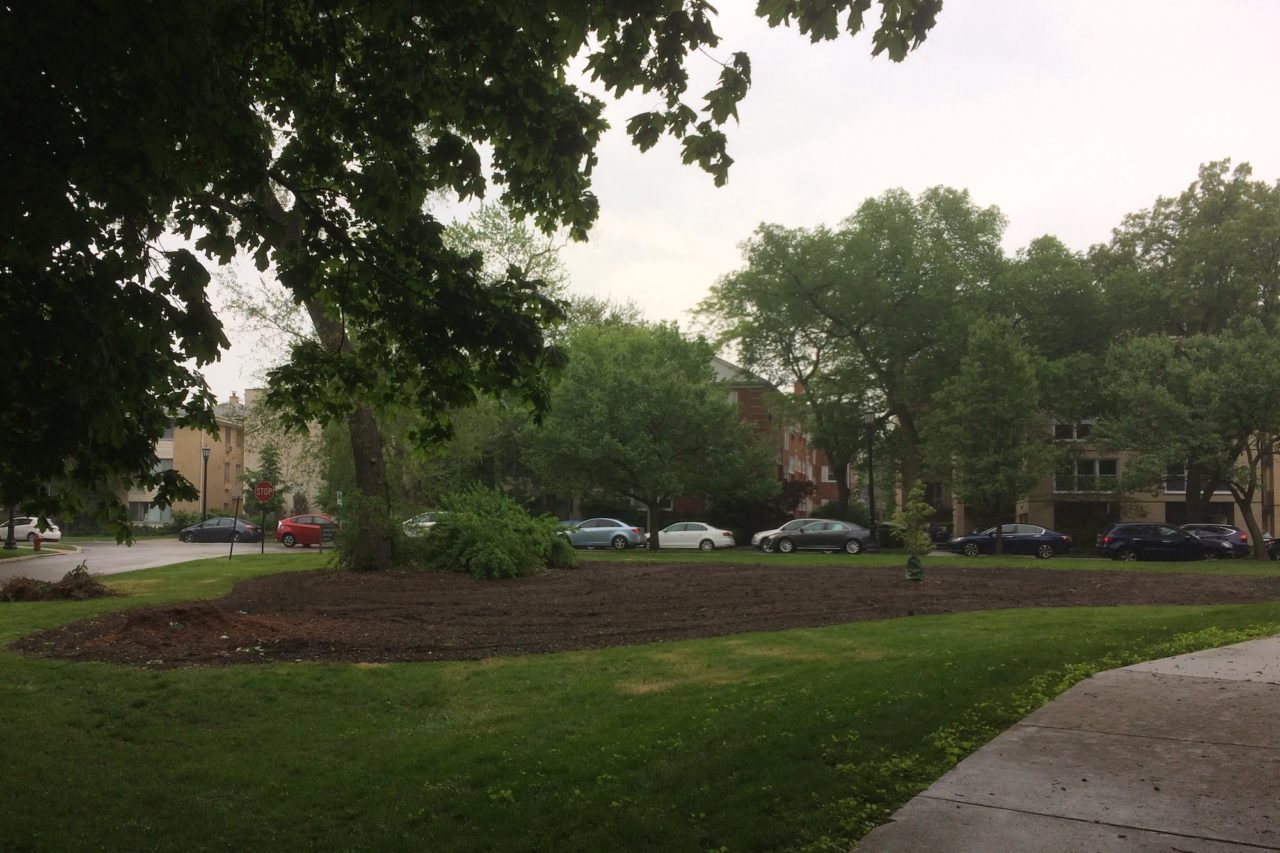