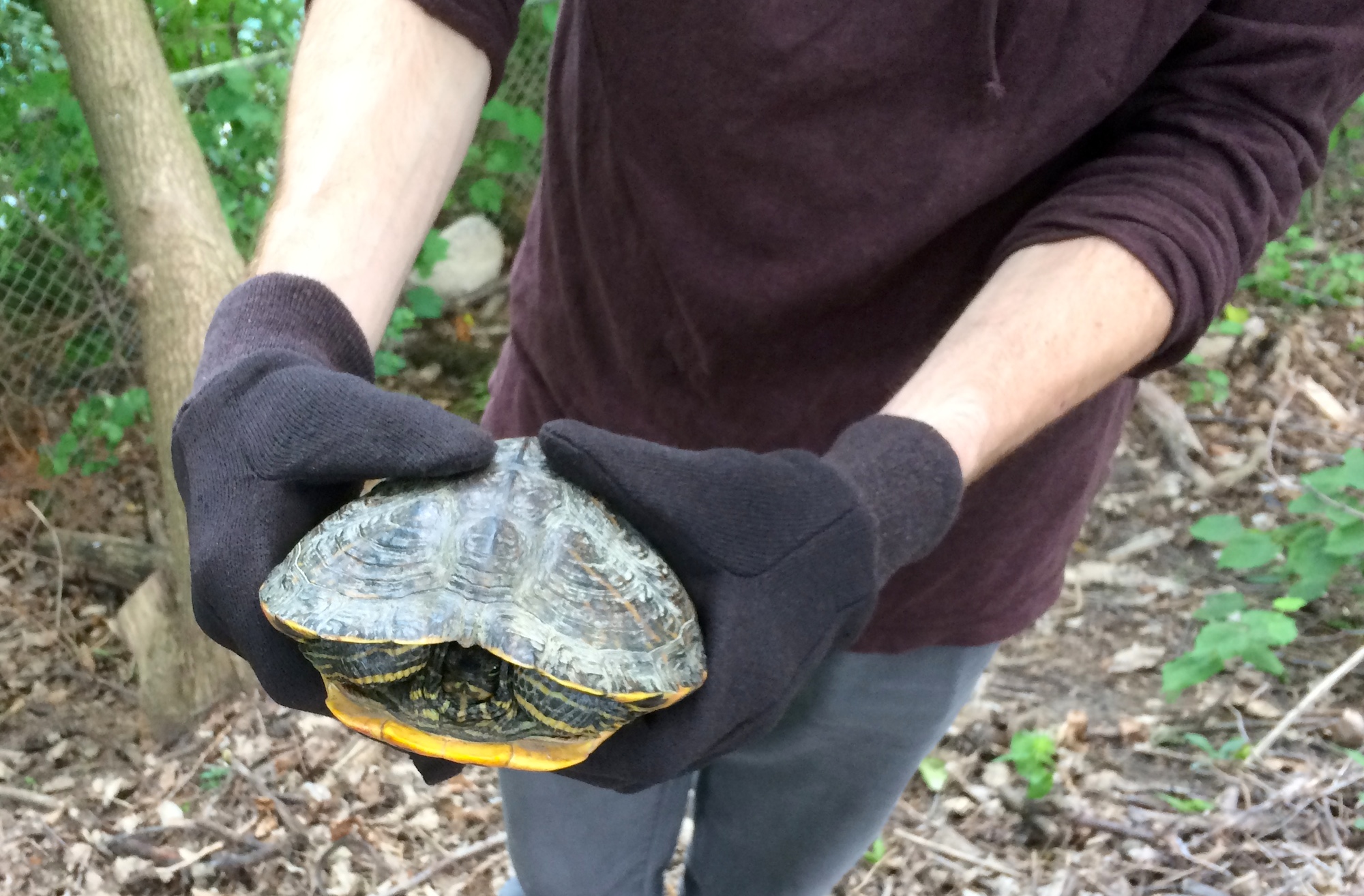 Even a cyclist riding through the arboretum at high speed this week can’t miss the bright orange butterfly milkweed. But there are more modest sights and sounds for those who move more slowly along the gravel path near the channel. Rustling leaves caught Vince’s attention the other day, and he found this turtle shuffling along near the fence. Turtles are more commonly spotted on the other side of the fence, basking on logs along the water. He released it before we could make a positive identification, but Erika, one of the Ecology Center staff, thinks it’s likely to be a map turtle. As we introduce more varied native plants, we are bearing in mind not only the birds and butterflies, but other native creatures as well. Turtles eat mayapples, for instance, and help spread their seeds. The mayapples’ green umbrellas are fading now in the summer heat, but they should be back next spring in even greater numbers. 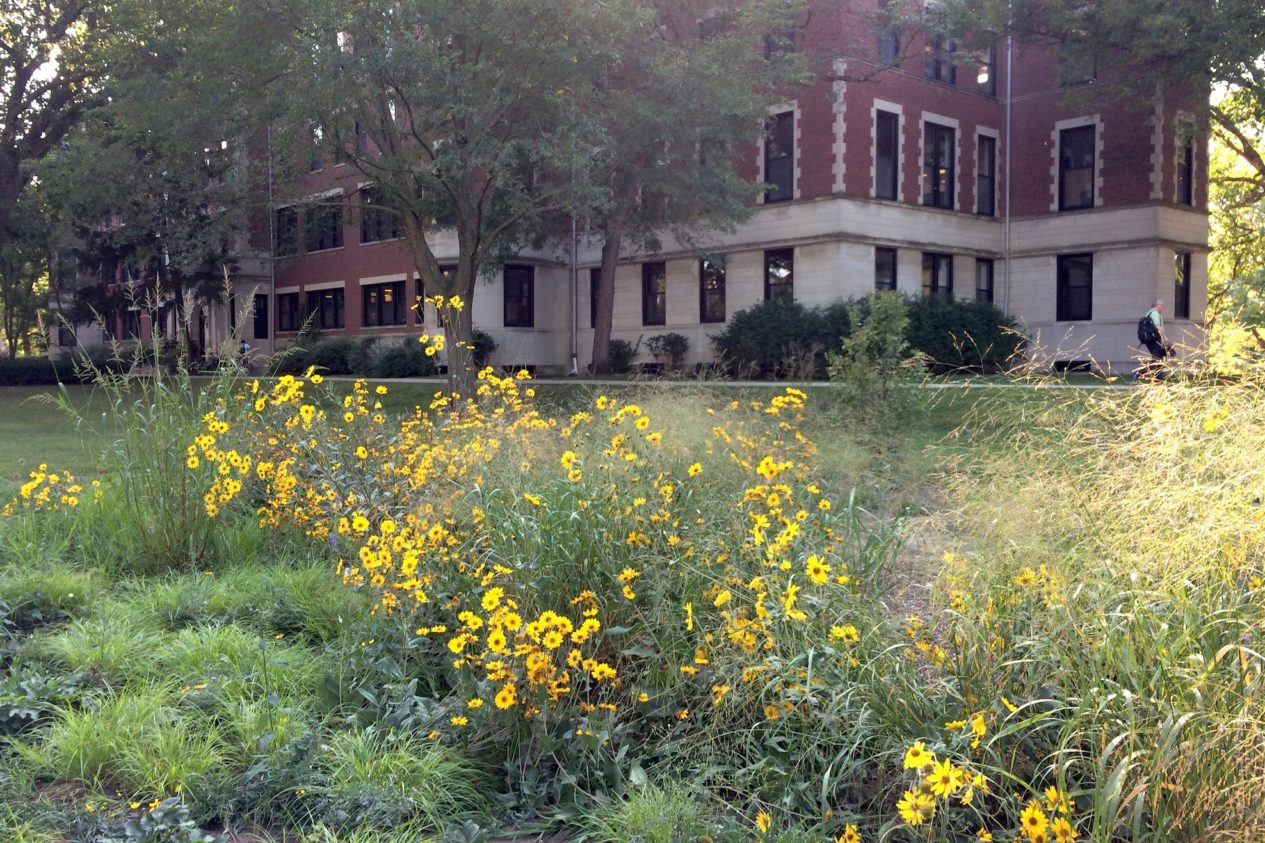 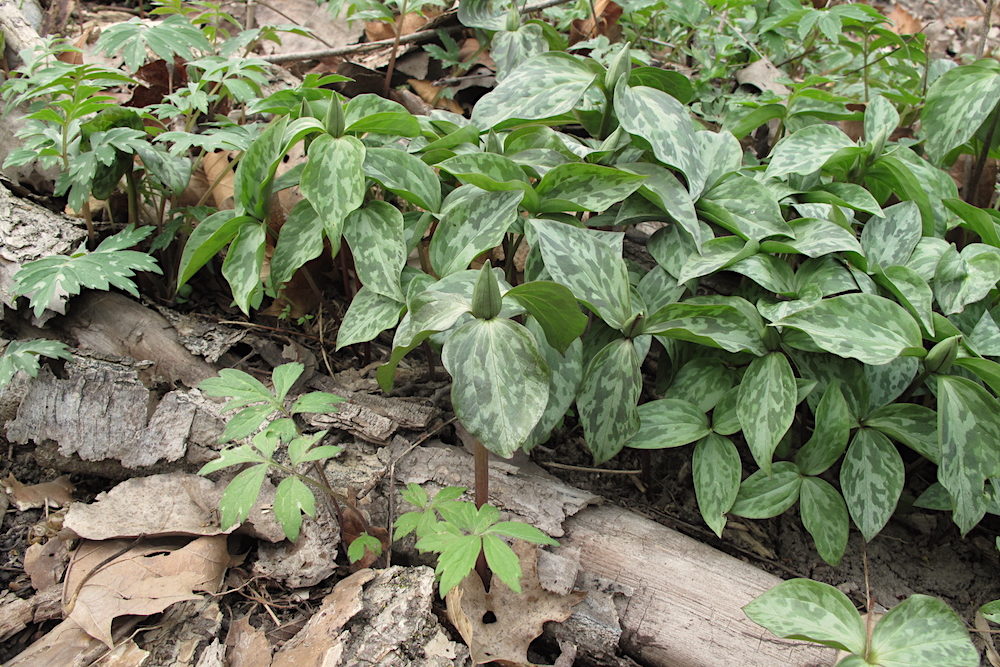 Hidden under the buckthorn 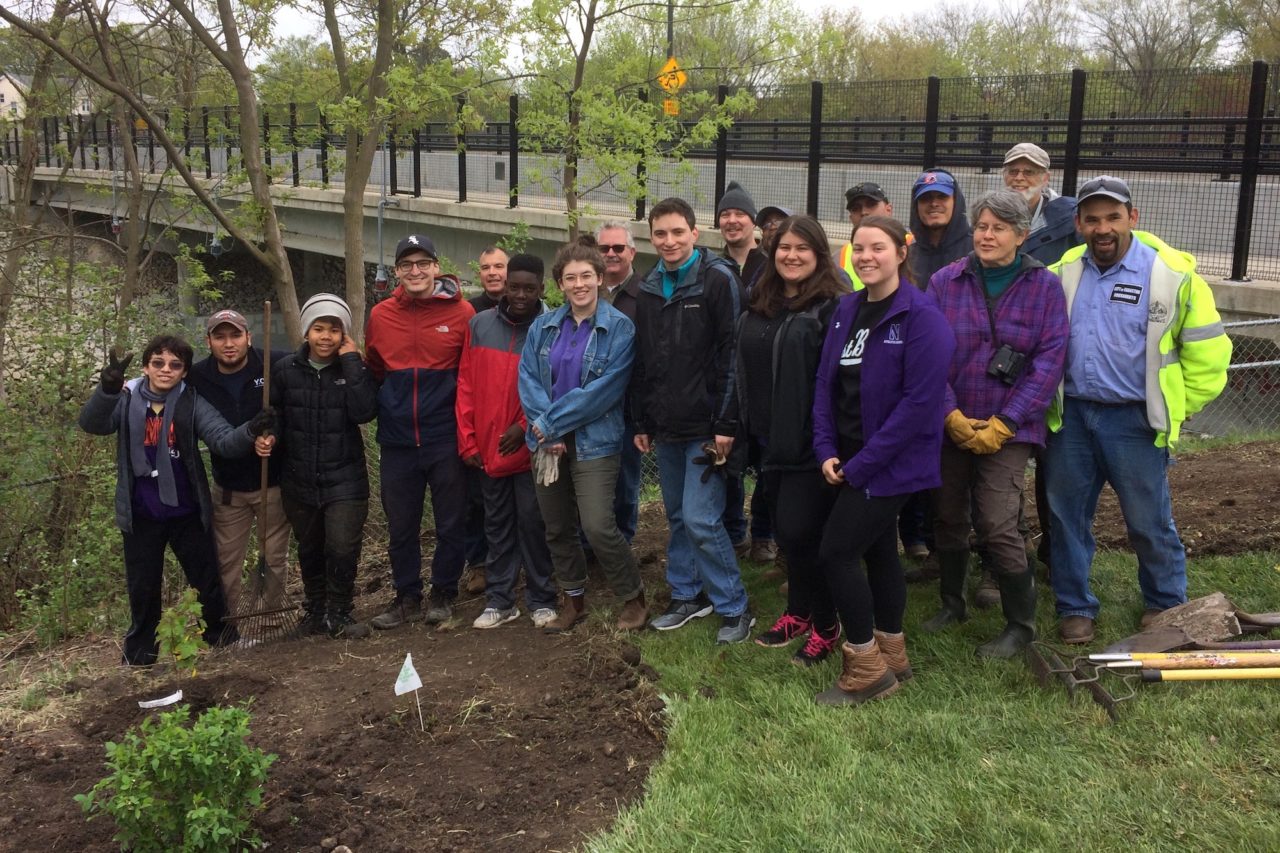 Pitching in on Chicago River Day 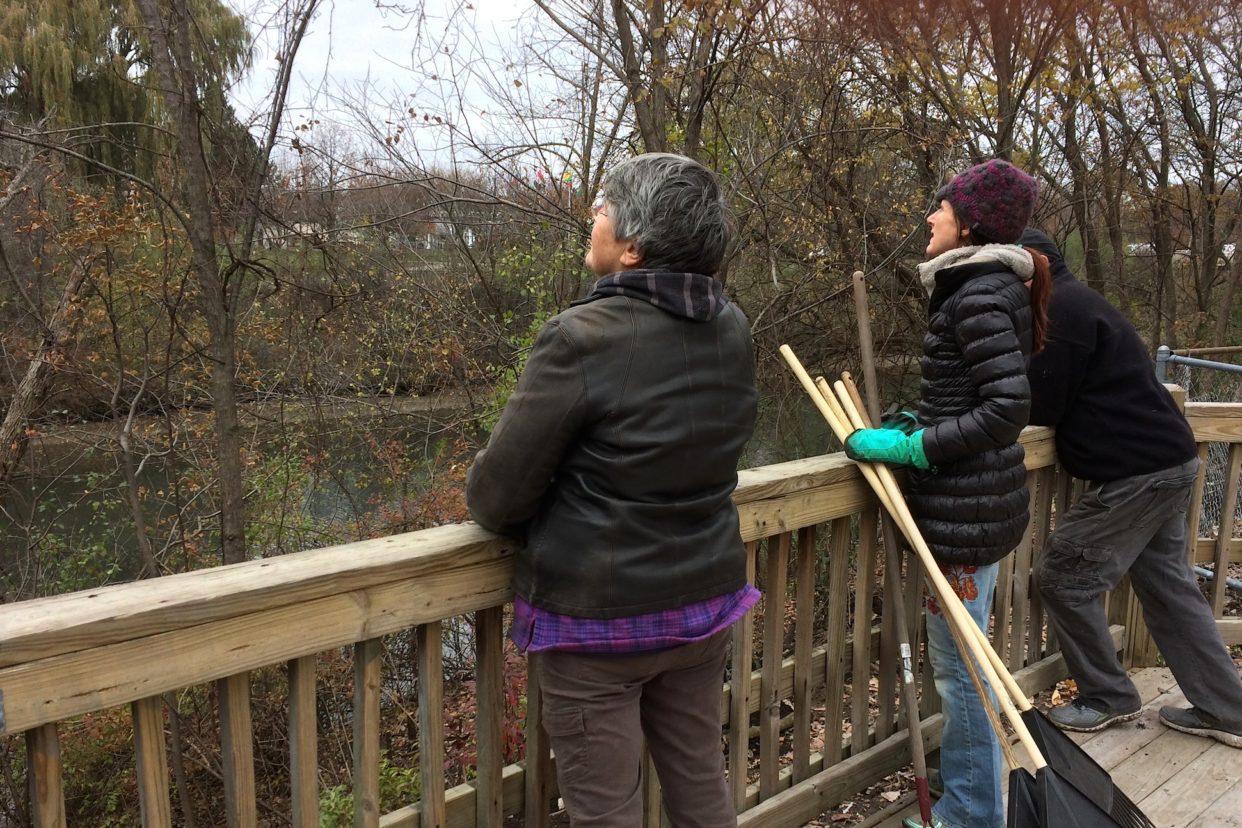 Settling in for the winter