Friends of the Chicago River continued work along the North Shore Channel banks in mid-July, focusing efforts along sections of the channel that run through Evanston. 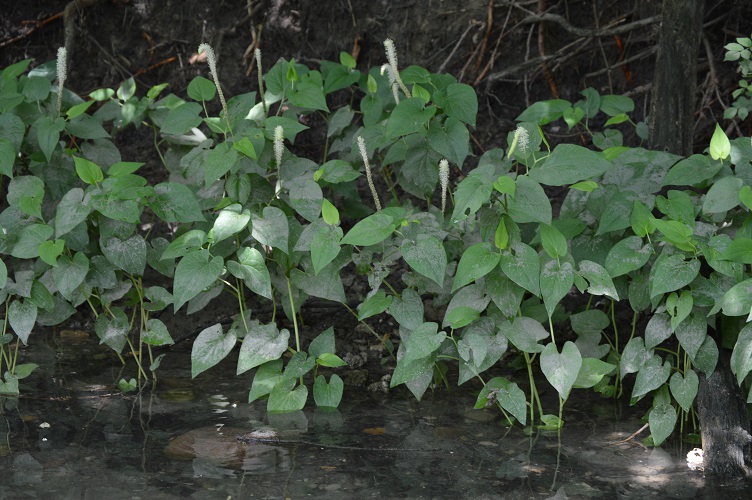 Water willow and lizard’s tail, sourced from the nearby DuPage and Fox Rivers, will form colonies along the channel banks that provide habitat for aquatic life and reduce impacts of flooding and erosion.

Since the 1970s, the number of fish species in the North Shore Channel has increased from 7 to 70 as “overall water quality has gone up dramatically,” according to the Friends executive director Margaret Frisbie. As the Chicago Tribune reports, this current project is “one of a number over the years in a push to restore the Chicago River and its associated waterways. . . . Previous measures include sinking about 200 permeable concrete logs in 2014 in 2015, where channel catfish can take up residence, among other efforts.” 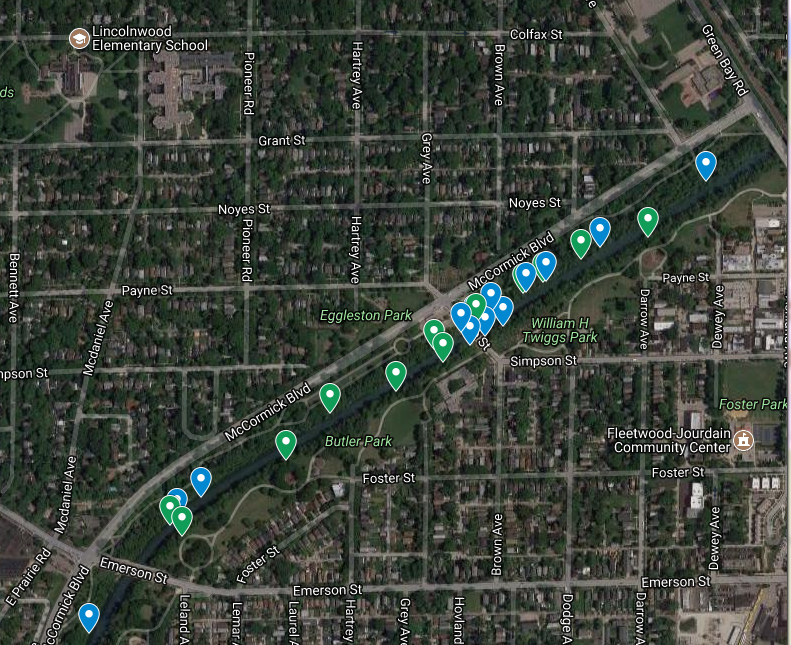 Volunteers worked from canoes, wearing waders to reach planting sites along the channel banks identified by Frank Jakubicek, a fisheries biologist with the Illinois Department of Natural Resources.

Like our work on land in the Ladd Arboretum and Twiggs Park, this isn’t exactly restoration work, because the channel is a man-made creation in what was formerly wet prairie and woodland. 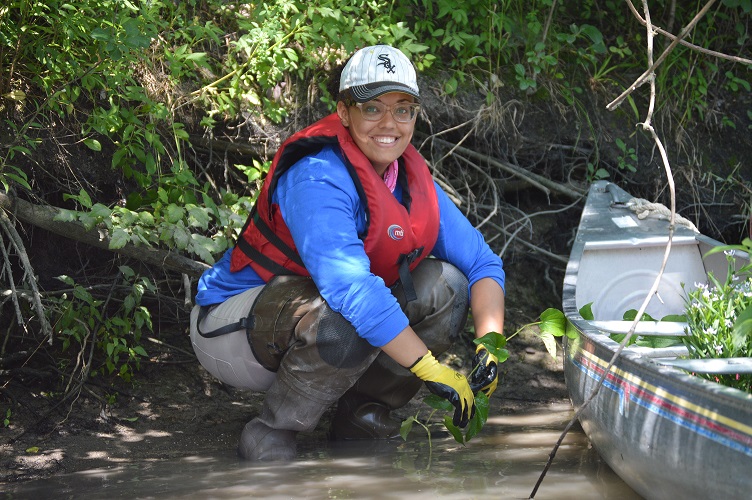 But, together with the City of Evanston’s Habitat Project, it is part of a collaborative effort to enhance habitat in what the Illinois Coastal Management program has called “a critical corridor for wildlife on Chicago’s North Shore.” (See PDF of 2011 report here.)

Follow Friends of the Chicago River to volunteer or find out more about their work. 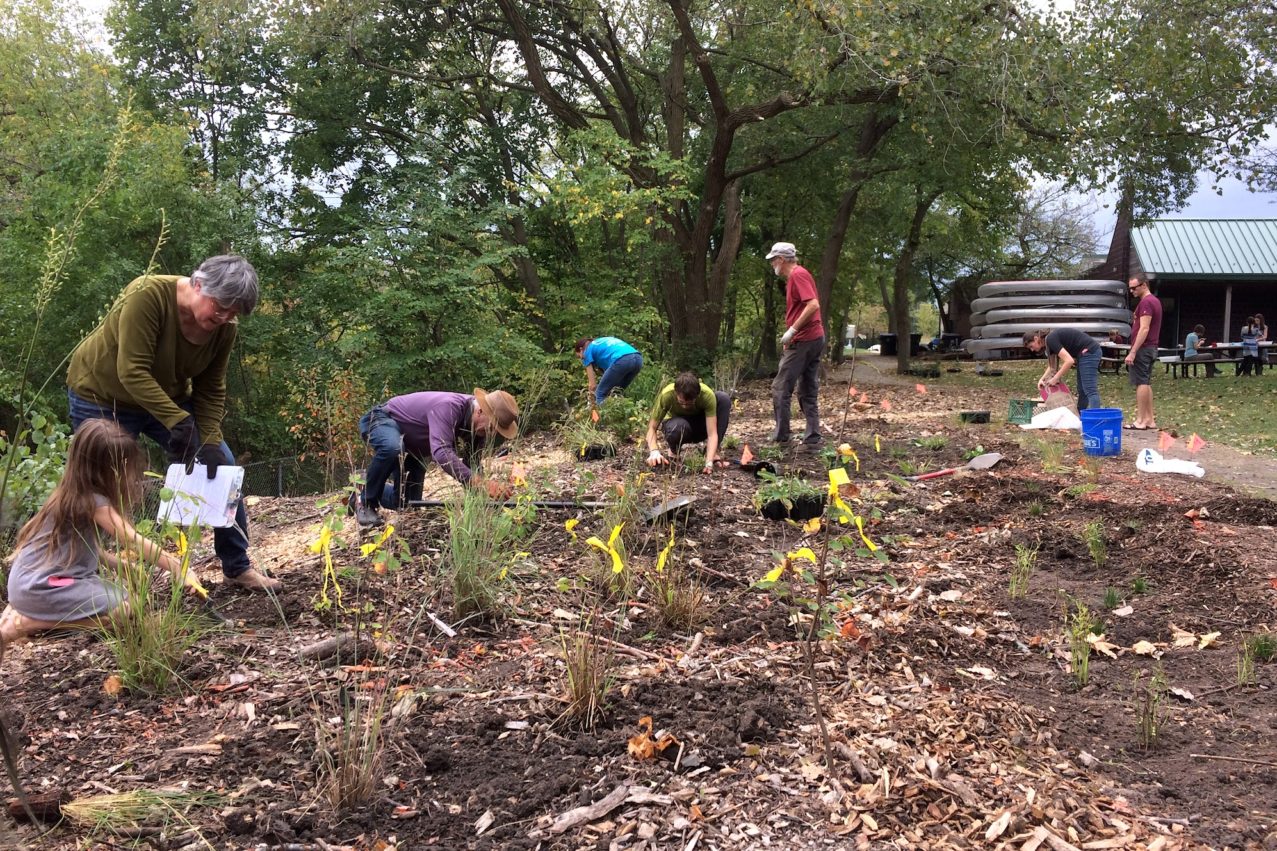 A perfect day for planting 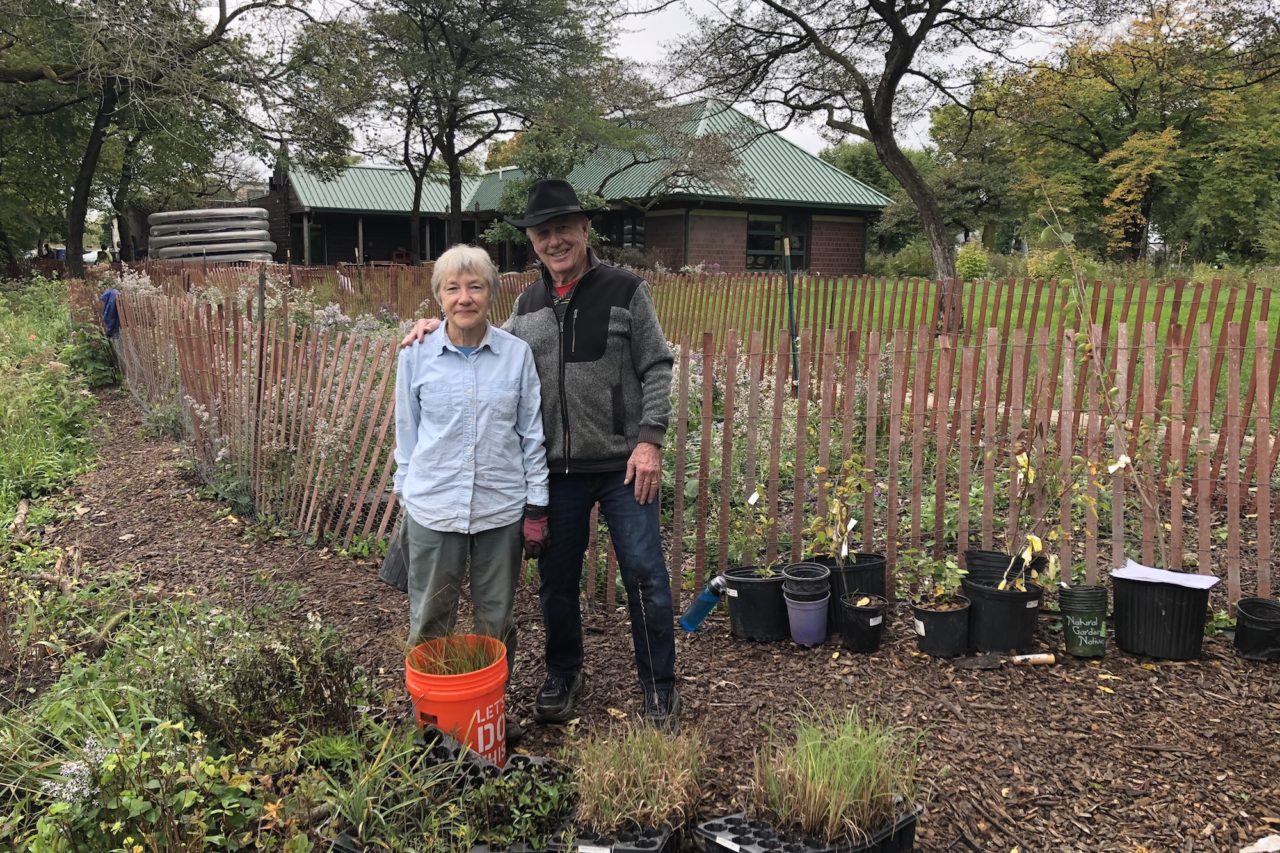 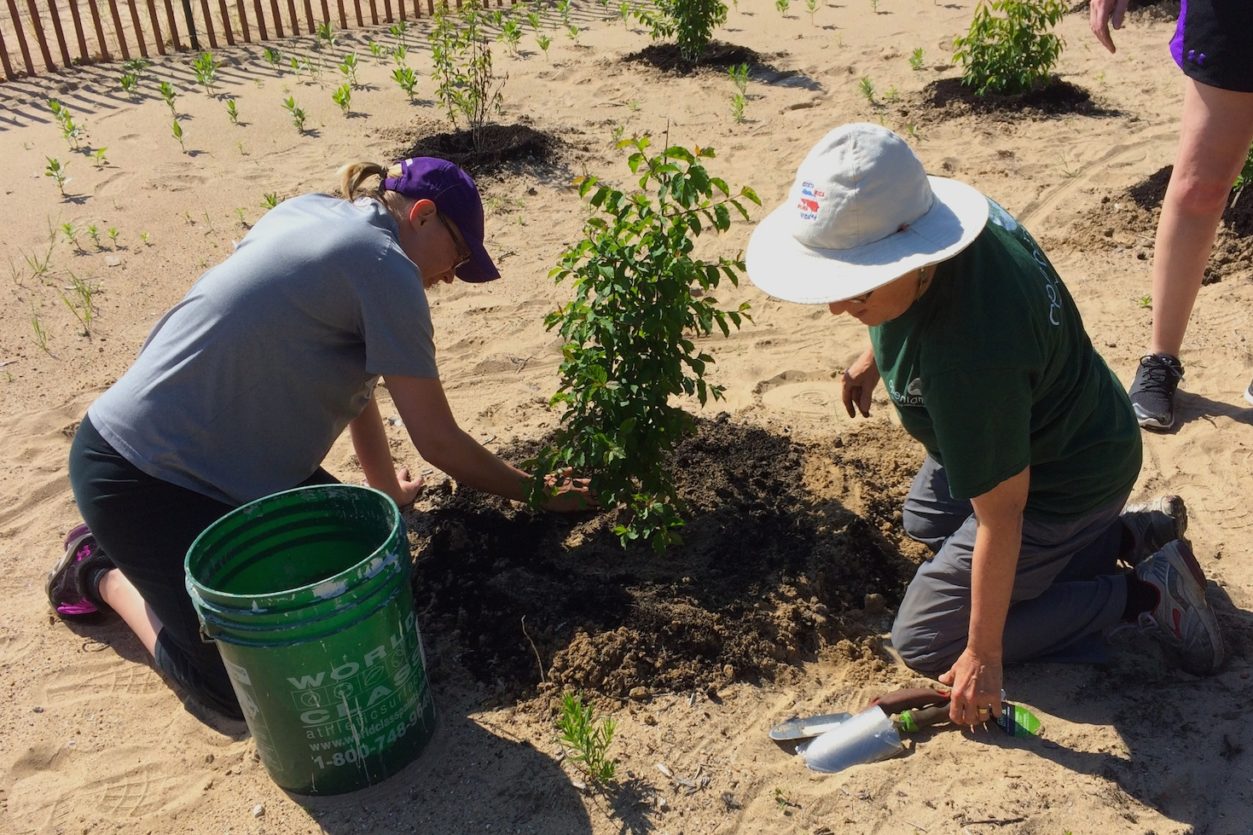 At work in the Clark Street Beach Bird Sanctuary